8 Convenient Locations!
give us a call

Meet Dr. Donald Fox | Why Choose Us | Our Blog 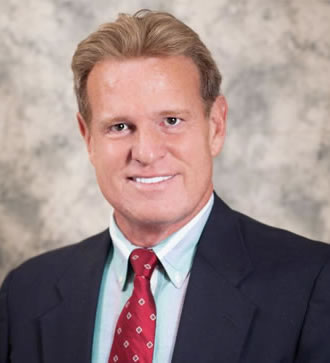 More than 19,000 Patients Treated With Braces & Invisalign® Over 23 Years

I was born in Richmond, Virginia. It was in the fourth grade, while at a picnic with Dr. William Crockett, that I decided to become a doctor. Dr. Crockett, a leading instructor at the Medical College of Virginia School of Dentistry, helped me focus to stay in school and become one of the most talented orthodontists in the United States.

After I graduated from Hermitage High School, I attended the University of Richmond and researched how to repair damaged DNA in bacteria with visible wavelengths of light. I graduated with a Bachelor of Science in chemistry.

I took graduate courses in histology (the study of cells), embryology (the study of how cells form and go on to make organs and other tissues), and many other areas. It was during this time that I discovered aspirin and acetaminophen can cause birth defects if taken during pregnancy.

I entered dental school, earned numerous awards, and graduated first out of a class of 115. I received the American Cancer Society Award for the highest scores on pathology examinations over a two-year period. I also received the Southeastern Board of Prosthodontics Award for outstanding achievements, contributions, and performance in prosthodontics (false teeth).

I was recognized for my research with oral surgeon Dr. Robert Campbell on patients who experienced numbness in their lower lip and chin after jaw surgery, wisdom teeth extractions, and broken jaws. For this, I was awarded the American Dental Society of Anesthesiology Award.

Then I attended the University of Tennessee and completed a residency in orthodontics (dental braces). In my research, I discovered birth defects resulted from normal dosages of acetaminophen taken during pregnancy. While there, I completed one of the lengthiest Master of Science theses written in the history of the university. My animal studies followed FDA birth defect protocol, and concluded that caution must be exercised with use of these two drugs during pregnancy.

In addition to FDA protocol, I used radiographs to look for birth defects and set an example for future birth defect research. I also suggested that my method, along with MRI, CT scans, and other diagnostic tools, would in the future replace the standard techniques used by the FDA.

I was also awarded the Chairman’s Research Award in Orthodontics and the Woodrow Powell Research Award for recognition of an original research investigation, because it produced unique and significant knowledge for the specialty of orthodontics.

Also at the University of Tennessee, I was told it wasn’t possible to light-cure a permanent retainer wire to the back of the six front teeth. That challenged me, and within six months, I light-cured the first retainer ever in the world. An article about this was published in the Journal of Clinical Orthodontics. There is a newer wire on the market now that I use exclusively, which is made of white gold, does not tarnish, and is super thin.

I have a Master of Science in Orthodontics and Dentofacial Orthopedics (braces at age six; complex cases). This encompasses dental braces that straighten the teeth and jaws, and the ability to change the shape, length, and width of the jaws of the face. This is done as early as age six with non-surgical methods or during the teenage and adult years with non-surgical and surgical methods.

I’m able to stop thumb sucking in children and adults within one week without the use of any appliances in the mouth. I have stopped more than one hundred children kick their habit the first night with a ninety-five percent success rate. A book is now finished and is available online about this simple-to-use technique that people may employ in their home. There are an estimated five million thumb suckers in the United States at any given time. The book is titled Stop Thumb Suck Revolution.

I’ve made large donations to the Clearwater Aquarium in Clearwater to help with research and the salvage of stranded and hurt marine wildlife, particularly sea turtles, dolphins, and otters.

In November 2011, I worked personally with NASCAR to help raise more than $500,000 to help pay for neonatal beds for the Homestead Hospital pediatric department. These beds cost $25,000 each, and there were none at the hospital before the fundraiser, which compelled parents to travel each day to hospitals in Miami after work to see their newborn children. These children needed their parents closer to them because of their medical conditions that required care in these neonatal beds.

The Personal Side of Orthodontist, Dr. Fox

In my spare time, I go to NASCAR races, football, basketball, and baseball games. I’ve even donated tickets for the finish line of races to Hendrick Motorsports to be given to children with leukemia and other health problems so they could enjoy the event. Many times, I gave my personal seats to these children. I was an avid Jeff Gordon fan way before he became popular.

I’ll continue to help others achieve their best. I know that if I do this, it will make me a better person and doctor.